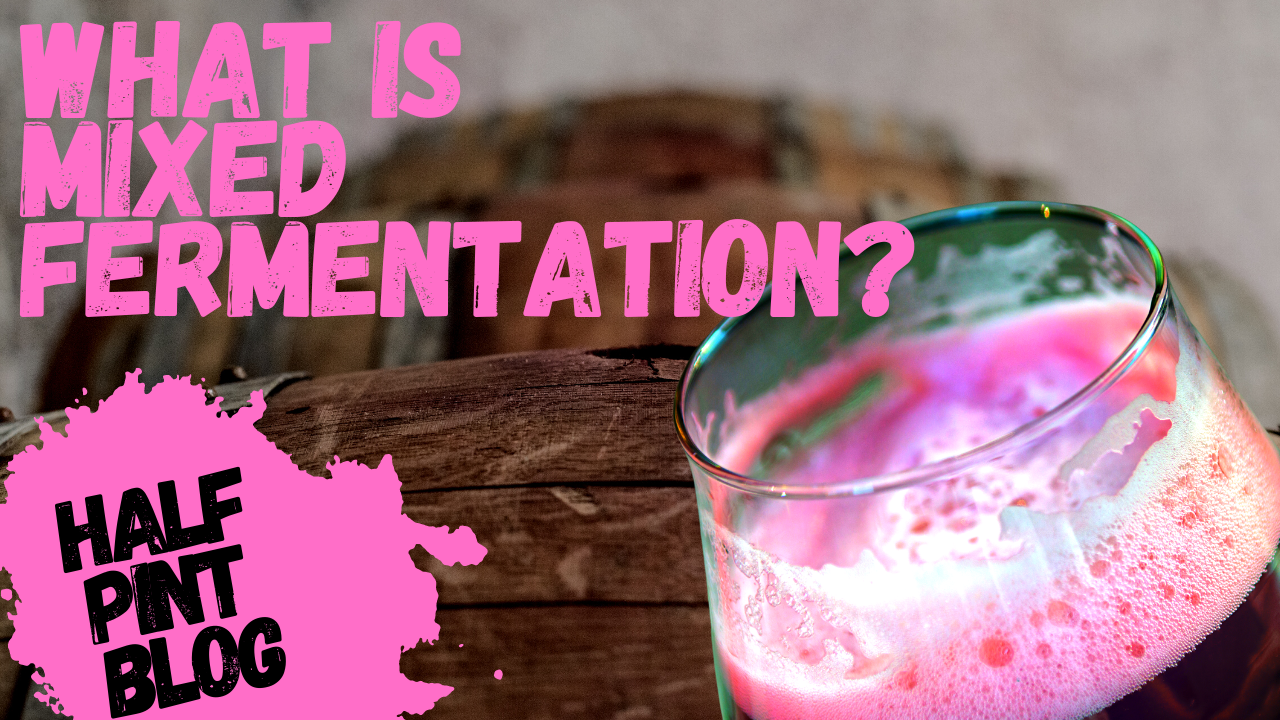 HALF PINT: What is Mixed Fermentation?

Welcome to our Half Pint blog posts! A short snappy read you can enjoy whilst supping a half pint. Today we are looking at Mixed Fermentation, but firstly...

Fermentation is the conversion of sugar to alcohol by yeast (for the sake of basics!), with a by-product of carbon dioxide. In beer fermentation, the sugars mainly come from the malted barley.

Since the age of industrialisation and rise of better scientific equipment, most breweries usually pitch a single yeast strain to produce this alcohol.

Yeast choice is important. In fermentation yeast can produce an array of flavour compounds, including esters, phenols, ketones and more. Different conditions such as temperature, pressure, and pitching rate can have affects on the flavours produced.

This has an impact on the flavour, body, and mouthfeel of the beer.

Add into this mix that different yeasts can and can't ferment different sugar types...

So what happens when more than one yeast strain is used? Welcome to the world of Mixed Fermentation!

Before microscope-wielding scientists invaded industrial breweries of the Victorian-era, all beer was mixed fermentation. House yeasts contained a myriad of strains, including 'wild' Brettanomyces, and often bacteria such as Lactobacillus. This isn't too far removed from Kveik yeast of Norway.

This complex cocktail of microbes would have led to drastically different flavours of beer when they were served as fresh milds, or aged stocks. Think young Orval beer vs aged Orval beer, and you're on the right track.

Any lover of Belgian beers will sing to you of the utter delight and majesty of a mixed-fermentation Lambic beer, which has led to the term of mixed fermentation being hijacked by craft brewers to mean any fermentation with mixed yeast and bacteria.

The main bacteria in question is Lactobacillus, which can produce lactic acid during fermentation and lower the pH of the liquid, making the beer taste sour. But it doesn't have to be so.

Utilising a mix of yeasts can produce such wonderful flavours as apricots, freshly-cut meadow, old leather and much much more.

We recently sampled a Holy Goat beer which was a mixed fermentation that was so far-removed from being a modern one-dimensional sour beer, that the term sour is just far from adequate to describe it.

So to summarise, if you see the term Mixed Fermentation, it may very well be a 'sour' beer, but be prepared to look beyond that. Be prepared for complexity, artistry, and perhaps a bit of funky love...

What is Kettle Souring? What are Kettle Sours? (In 30 seconds) #kettlesours #sourbeer #beer #shorts #craftbeer - YouTube